OK, time to review the year. I wrote out some goals at the start of last year. 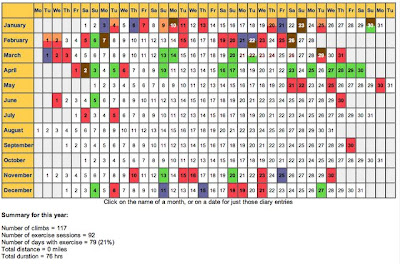 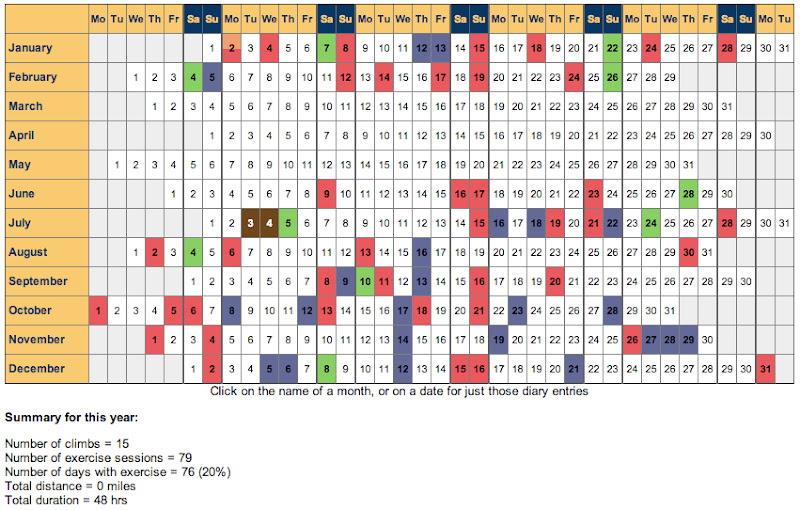 There were two large disruptions to my climbing this year:

The key effects were that I prioritised away from routes to bouldering for the second half of 2012. It also meant that I had far fewer trips out than in previous years, with only a few short day trips in January, and one afternoon trying a famous bouldering problem in Edinburgh.

I also bought a beastmaker 1000, and started to use it regularly. I guess it’s time to set some goals. I’ll try and use SMART metrics this time - Specific, Measurable, Attainable, Relevant and Timely. The main trip that I have planned for 2013 will be a trip to font, so that also provides a good anchor for goals for this year. I’ll also try to tie long term goals for 2013 with “now-actions” that move me towards those long term goals.